Climate Displaced Migration and the Threat of Integration

Small island developing States (SIDS) bind together because of their similarities and the fact that climate change remains an existential threat to SIDS. They are also similar in that they are all at risk of forceful displacement of people though the process and context may differ significantly. 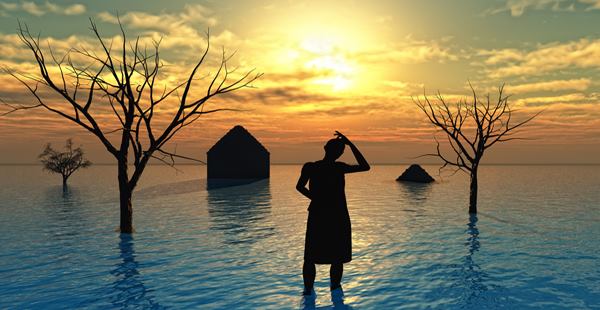 There have been many articles about ‘disappearing islands’ where it is expected that the narrow corridor of land will be eroded away completely. But the story that people rarely speak about is how SIDS will become uninhabitable as the climate crisis deepens. Some SIDS, like the Seychelles, host tall granitic mountains which offer the false hope that they will escape the ‘disappearing islands’ fate. But such terrain cannot be built on for human habitation and infrastructure and industries will be greatly affected by climate change. For example, most airports, which act as the main hub for travel, are at sea level; and erosion of beaches could destroy economies reliant on them for tourism purposes. The reason these stories often go untold is because when people migrate in these circumstances, it is difficult to decide whether it is climate-induced or simply due to the reduction in living standards. Such migration is often categorized as voluntary economic migration because of a crippled economy or unsanitary drinking water rather than being viewed strictly as climate migration.

Nevertheless, there has been progress. Climate change and environmental degradation are increasingly accepted as a driver of migration and seen as exacerbating economic problems. Philip Alston, the UN Special Rapporteur on Extreme Poverty, in his latest report on climate change brings these problems into sharp relief. This is positive and offers some hope in understanding climate-induced migration. But the development of ‘soft law’ such as the Global Compact for Refugees and Global Compact on Migration fail to fully cater for climate-displaced migration, in particular they fail to address the special circumstances of SIDS.

In the Global Compact for Refugees, there are four objectives which include supporting conditions in countries of origin for return in safety and dignity. This presumes that there is a place to return to and statehood of countries remains intact during this process. This is unlikely to be the case for most, if not all SIDS. The Global Compact for Migration recognizes sudden onset and slow onset events and appreciates that there are instances where return or adaptation is not possible and that legal avenues for this type of migration must be provided. However, its emphasis is on integration (mentioned 15 times in the document) where the highest treatment of the cultures, traditions and customs of communities of designation and of migrants is mutual respect. These documents appear to pave a path that is similar to voluntary migration where the migrants migrate and therefore, should play by the rules of their new home. This ignores the circumstances of climate-induced migration and the particular problems associated with migration in circumstances where your home no longer exists.

Perhaps, integration is the acceptable negotiated solution. The Migration Policy Institute explains that “this definition of integration is deliberately left open, because the particular requirements for acceptance by a receiving society vary greatly from country to country.” This provides limited protection for language, culture, traditions and custom or Statehood of migrants. And without a definition and a structure of what it entails, it is unclear what the resource implications would be. Should SIDS citizens be obliged to integrate when they have been forced from their island by the very countries that are now tasked with taking responsibility for them – why would they now when they did not then?

International compacts and treaties seem to intentionally leave a lacuna, but it is understood that these texts are the products of years of negotiations. In response, some have suggested that upholding of human rights in the national legal systems of destination countries is the answer to ensuring that citizens of SIDS are protected? However, once again, we begin to question what does ‘human rights’ mean in this context?

Human rights are dealt with at the international, regional and national level, and upholding them through the courts may come at high costs for the applicant or claimant. Furthermore, often, in the countries that will likely become host countries, civil and political rights such as, the right to vote or access to the legal system are given higher status than the economic, social and cultural rights that will be fundamental to the well-being of climate-induced migrants. And it means that they may lose some of the rights guaranteed in the constitutions of their home countries like the right to work, right to dignity and right to shelter protected in the Constitution of Seychelles.

If the human rights of those forced from their homes by climate change are to be fully respected, the conversation needs to move away from integration and respect for sovereignty. Philip Alston’s report paints a bleak picture of “climate apartheid” and global inequality with the risk of a total breakdown in human rights and the rule of law as a result of climate change. For SIDS, this picture is one they already recognise but together they are committed to pushing for the rights of their people and placing the full range of human rights at the heart of the conversation about climate-induced migration.